On January 18th, 2016, Affairs Afloat (in conjunction with All American Balloons) is inviting balloon artists from all around the Southwest region to join us for a seminar on advanced balloon design techniques called “Love to Link”. Linking balloons has been around for years, but very few balloon artists have learned to tap into the true potential of these “latex building blocks” for our industry.

Master Balloon Artist Steven Jones from Balloon Designers in Seattle will be leading the hands-on seminar. In addition to giving an advanced course in linking balloons, he’ll also be sharing recipes and techniques that have never been released to the public.  Participants will learn new techniques and recipes.  In the afternoon everyone will build a BRAND NEW large scale design that’s never been seen before!

About the Presenter:  Steven Jones is well known in the balloon decorating and entertaining world as an award-winning designer, respected instructor, and industry producer. He has been a regular column on BalloonHQ.com, the industry’s largest support website, and served three years on the advisory board for Betallic, Inc., one of the industry’s largest manufacturers of foil balloons. Steven has won over 20 industry and event awards, including “Best of Show” booth designs and the balloon industry’s esteemed “Designer of the Year” award. Chance Fashion Group in Seattle has recognized Steven for outstanding efforts in balloon couture designs, and the balloon outfits he created in Shanghai, China were showcased internationally in newspapers, periodicals, magazines and news broadcasts. 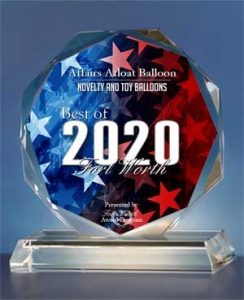 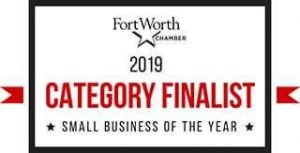 We know these past few months have kept us away from events, friends & family, but HAPPY is not cancelled! 🎉 🎊

Here at Affairs Afloat Balloons, we want to let you know that your safety is our concern and you can continue to celebrate your loved ones. With this in mind, the first element of fun is being clean and safe. ALL deliveries are sanitized and contact-less. ALL our staff members are wearing masks and gloves. 🎈😷 🧼

Can you tell that their Mom is proud of them!!! We can help you make a statement too in an 8’ ft impressive way! ... See MoreSee Less

Don’t forget Mother’s Day is this Sunday! Do you have your gift ready? Get your mom the gift she deserves and order her this HUGE appreciation gift. 💝 ❤️ 🎈

This beautiful balloon column is OVER 7 FT tall and can be used as an awesome yard décor. Contact us for more information! $225.00 plus tax and delivery.

“Our vision is to create the Absolute Best balloon arrangements and designs so we reach the heart of every single person touched by our work.”